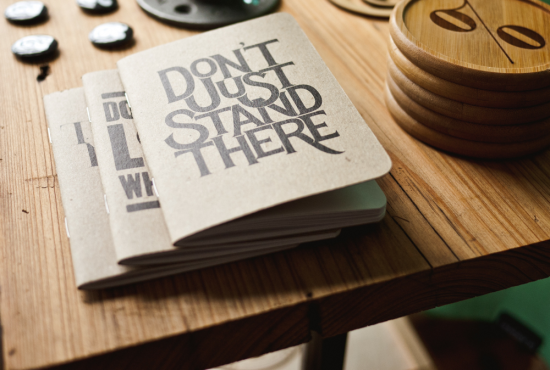 There will never be the perfect time to do something, so just start. Take a goal and break it down into the next smallest action. Do that action, then cross it off the list. Using myself as an example (’cause I don’t want to throw anyone else under the bus) of how waiting for perfection instead of creating favorable conditions for myself only held me back.

I’ve been writing on this blog and its previous iterations for a while. I’ve never been consistent. I hardly share on Twitter, or tell my family and friends about this blog, my freelance work or my YouTube videos. I never made it sound like anything cool I was into doing.

For six years I watched people who started after I did rise up the ranks of internet success. I wasn’t a jealous hater about it. Instead, I internalized it as failure. I got discouraged because I thought I was too late. I thought all the good ideas were gone. I shrugged my shoulders, wallowed in my perceived loserness and wondered why I couldn’t do what successful bloggers, YouTubers and internet marketers were doing.

It wasn’t that I couldn’t. It was that I DIDN’T.

I’m starting now, though, and that’s what matters. I’m getting over the nervousness and putting my ideas out there, like my new rules for writing. I’m not going to worry too much if people click over to this blog from my articles on MadameNoire and don’t think it’s professional looking. Yes, it’s something I’m nervous about. This blog a work-in-progress and I am too. Getting over the fear of starting is more important.

Realize the reason you aren’t getting closer toward your goal isn’t because you’re lazy or incompetent. Whatever block you’re feeling is one of the many variations of fear. And you’ll never not feel it. Once you recognize it is in fact fear and let it go, you’ll be able to take those baby steps toward a goal.

Even though you don’t feel ready,  create a foundation so you get the most favorable outcome for your goals. If you want to quit your day job, write a savings plan that makes you feel secure. Do you want to sing in a band? Sing everyday and record your voice. Do that one small thing that will get you going.

Listen, I’m no guru. There are tons of ideas I let fall by the wayside by storing them in the Someday/Maybe file when they should be action items in my inbox. (Don’t you love those  GTD references?) There will plenty of projects in which my failure to just start will be a problem. The key is recognizing it early on and taking small, manageable actions to make things not perfect, but favorable.

I Write about the Topics Below