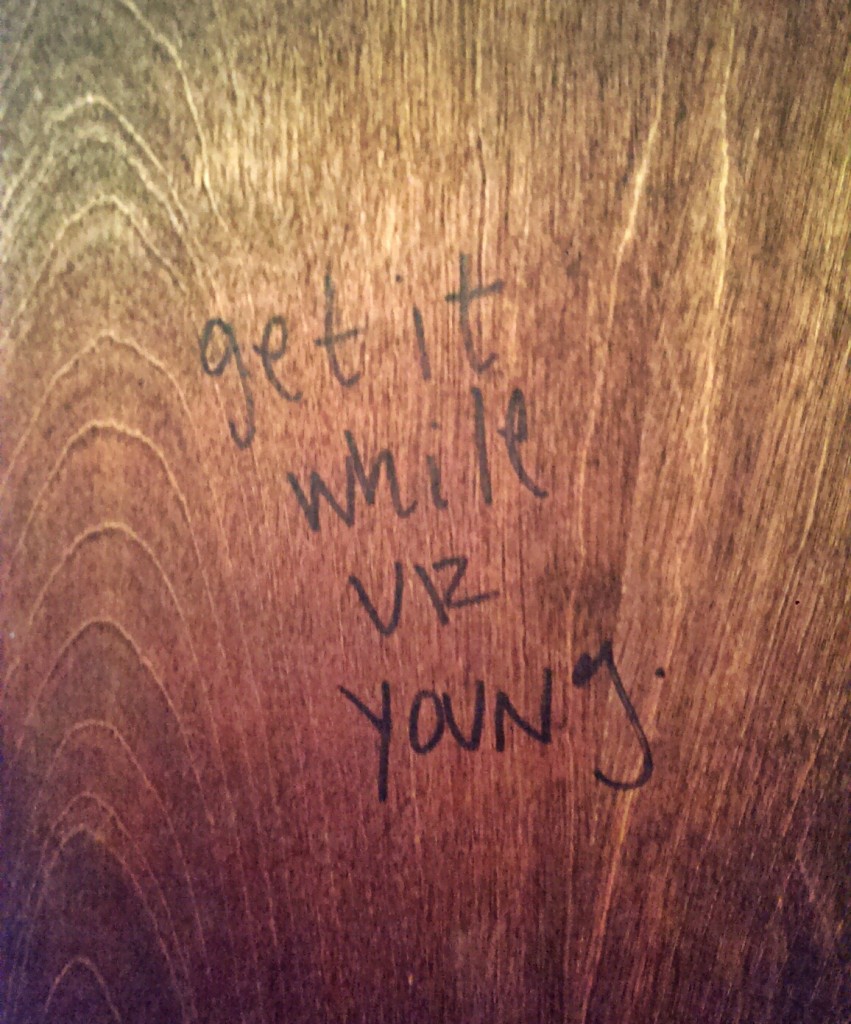 I was chatting with a friend’s mom during HH* and asked her for some practical advice. You know, the sort of things she’d tell her younger self about dating, self-esteem and life. Ms. E. loves to chat, so I knew she’d drop some major knowledge. One subject she mentioned resonated with me. It was about choosing to look your best everyday. (I’m making attempts to look put together, rather than dressing like a college kid late for an 8:30 a.m. class.) Here’s a paraphrasing of what she said:

END_OF_DOCUMENT_TOKEN_TO_BE_REPLACED

“If you are greedy for life, that is what New York is all about. If you’re trying to get as much as you can every day, this city is the place to be.”
— Nine Favorite Quotes about New York City

“There are so many gems hidden on every block. Everywhere I walk I’m reminded of how beautiful this city is.”
— What Lifts You: Why I will Always Love New York

“The two-month old shop, located on 120th Street and Lenox Avenue, deals exclusively in sneakers allowing those looking for quick cash to pawn their kicks.”
— Harlem teen cashes in with ‘Sneaker Pawn’

The cheap stuff is always classy. Me and my best friend, Red Solo Cup on the Fourth of July.

Moving to a new city doesn’t mean each day has to be some crazy day where you run yourself ragged. There are those lazy summer days that you spend with people who make your day. Those times when you sit around, drinks in hand and play board games. Or stand around the kitchen island. Or eat charred burger nuggets because your friend didn’t man the grill. My Fourth of July was one of those days spent with great people, silly conversations and plenty of good energy.

Friday was one of those days. Nothing crazy, but definitely something fun and something special. Hope your day was spent playing dominoes, drinking Budweiser (in the ‘Merica themed can or metal bottle), play fighting with your cousins and persuading your Drunk Uncle to employ his cigarette–you know the one that clings to his lower lip like it’s held on by a supernatural magnetic force while he eats, drinks and does a jig to James Brown–to light your Black Cat firecrackers.

Those are the times you remember, man.

Matte lipstick is the way to go when you know you’ll be talking a lot of smack It goes on and stays put. I’m wearing Diva by MAC.

Of course, this wouldn’t be a Krishia post without some sort of shout out to the makeup that was my Best Supporting Actress. I’m a touch oily in the photo, but trust, Mama had her ‘No-Makup’ makeup face on this Fourth of July holiday. (As in, I don’t have on anything but a little lipstick and mascara, when in reality, I knew good and well there was a full face underneath those batting lashes.) Okay, so my face isn’t perfect, I see my brows got a little discheveled, but I was super impressed at how Revlon ColorStay held up to the humidity.

Cheers to you, ‘Merica!

P.S.: Oh, and before I forget to mention, don’t hold a Roman candle. I never knew that until about five years ago. What? I’m country. My loved ones didn’t know they were putting me at risk!

I Write about the Topics Below